Threatening North Korea increases the tension on the Peninsula. 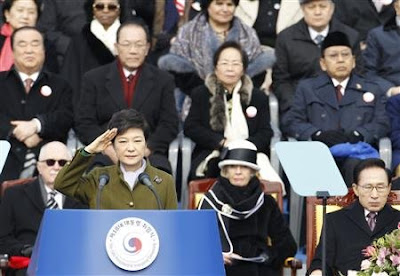 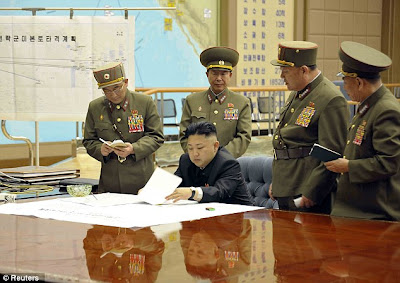 The past couple of weeks I’ve been listening to the rhetoric of North – and South Korea. I see Anders working with information about today’s situation and of cause I realize that the tensed situation should not be taken lightly.
However, I do believe that on both sides of the 38th parallel intelligent people are in charge and that none of them wants to see their people suffer.

The young North Korean leader Kim Jong-un and his staff seem to challenge the newly selected South Korean President Park, who in her installation speach mentioned many times that she wants happiness for the South Koreans.
Should we take the situation lightly? I don’t think so! The escalating rhetoric can have an effect on people’s reactions.
Still I have good hopes that the situation calms down or maybe it’s a very strong wish that I want to come through and believe in. Enough families have suffered for over 60 years. Isn’t it about time that these two countries sign a Peace Treaty and focus on developing their countries to a good life, happiness, for all their inhabitants? For me that would be leadership of the highest level.
But lots of water has run under the bridge and patience have been challenged so maybe it’s more realistic to wish for a calmer rhetoric and focus on the 60 years of commemorating the Armistice Agreement from 1953!
I hope to return to Sweden at the end of September leaving a peninsula in peace!
Upplagd av Unknown kl. 20:14